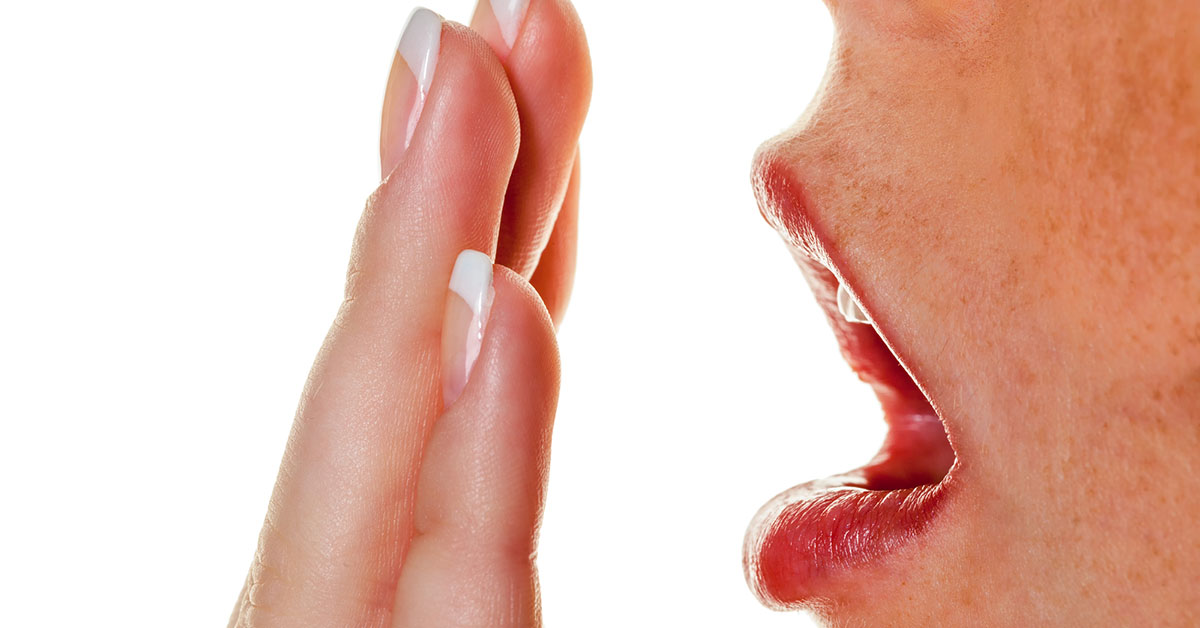 Since the beginning of humanity—people have suffered from bad breath. The Greeks fought it by chewing aromatic resins, the Chinese chewed eggshells. Bad breath was even considered legal grounds for divorce in the ancient Jewish Talmud. But what causes it, and why is it so hard for some people to overcome it?

First, a little science. If you imagine the worst odors, like garbage, feces, or rotting meat…all of these smells come from the activity of microorganisms,(bacteria), and similar bacteria live in the moisture-rich environment of your mouth.

Your body is host to a lot of bacteria. In fact, for the most part, this bacteria is good for you, and aids in digestion and disease prevention. And these bacteria need to eat. The bacteria in your mouth feed off mucus, food particles, and dead tissue cells. These bacteria absorb nutrients through their cell membranes and break down the organic matter into much smaller molecules. It is this process that produces the bad-smelling byproducts – and that can escape your mouth, causing bad breath.

In some cases, additional factors may be in play. Dental problems, nasal conditions, liver disease, and uncontrolled diabetes can all also cause bad breath. Smoking and alcohol consumption also has a very recognizable odor.

The good news is that most bad breath is easily treated. The worst smelling byproducts come from gram-negative bacteria that live in the spaces between the gums and teeth and on the back of the tongue. When you brush and floss your teeth and use antibacterial mouthwash at bedtime, you can remove much of the bacteria, as well as their food sources—and restore your good breath!

NagiosCheckValue - Do not remove please